Hi! Today I going to share with you a little trick, which I used once for one of my Bamboo’s plan. First, Bamboo is a continuous integration server developed by Atlassian. (off topic: This is a holy war’s subject, but Bamboo is a Jenkins’ competitor.=) Anyway, I had to make a check of some parameter after build’s finish. The build was always successful, so Bamboo always mark it as “green”. But my goal was to set it “red” if some metrics was unacceptable. And after a conversation with my skilled colleagues I found a solution.

So, the idea was clear enough! I just needed to create fake test result for my Bamboo’s Job! How it was. At first, I created a template like this. For “good” scenario:

As you see, the difference is in “errors=”” statements and inside <testcase> tags.

After that, I created a simple check (“script” task in bamboo) which generates the first file (named “fakereport.xml”) in case of success and the second in another case (with the same name). The checker is out of scope of this post, but it’s very simple. Anyway, after that I added a JUnit task, 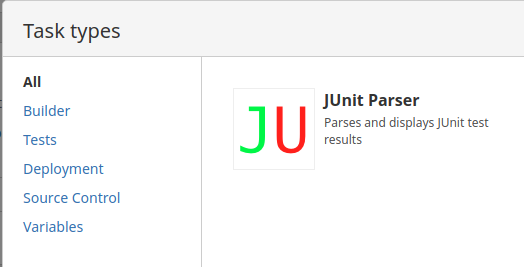 and configured it as following: 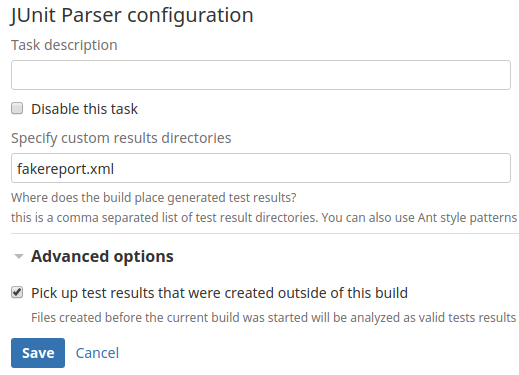 That’s all! Now when my check is OK I get a result like this: 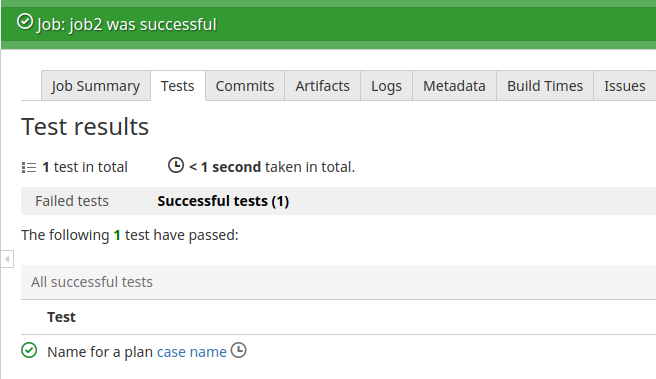 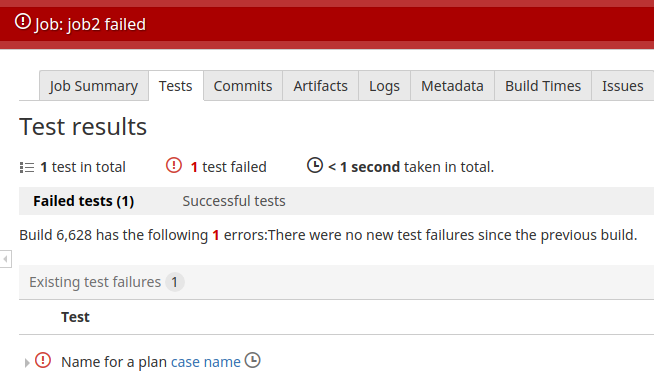 Ok, it’s not an obvious usage of JUnit parser, but a little trick.